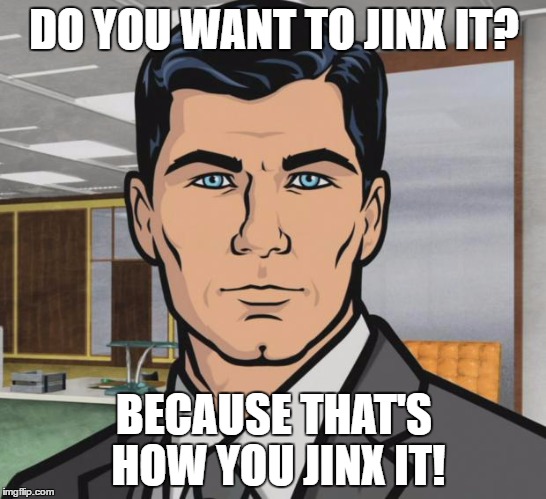 No, not Jinx Monsoon. The infamous Dimivision jinx! There’s always one night where everything goes exactly the opposite of how it should go (in my own little not that humble opinion). Yesterday was that night. Assuming it’s limited to one night only, that is…

Let’s kick things off with an unexpected statement. I actually quite enjoyed semi 3! *insert amazed emoji here* Regardless of the outcome, obviously. There was a nice blend going on, so thumbs up to the producers. Something old, something new, something borrowed and something…pink, purple and blue. Huzzah. But just when I thought things were moving upward, it was the televoting that brought me back down to earth. A bit of a weird experience. The tingle of change that is silently growing exponentially in the Western hemisphere, is quietly trying to sneak in to MF – you know, the non-binary, genderfluid, almost new kind of being that is popping up everywhere and which I’m totally here for. But judging by the results, it’ll still be a while before it’s really embraced by the big crowds. And here I was, thinking that progressive thinking is a Scandi thing! Silly Dimi. Here’s the proof:

So, there you go. I jinxed the ones I loved, which benefitted the ones that make my skin itch…but hey, entertaining it was. Still not convinced we’ve heard the winner as of yet. Hello, semi 4?

Meanwhile in other parts of Europe there were actual finals going on. I’ll keep my thoughts on winners for my actual previews, but I really need to highlight the two below.

Raiven from Slovenia made it to the top 2 in EMA and I would have adored seeing her in Tel Aviv. This is straight – nay, gay – up my alley: distorted, metallic and so fucking cool.

Dora came back to life in Croatia and we were only in time to watch the snippets. This one jumped right out for all the wrong reasons, so I simply have to include it because this has everything to explain why it’s so fun following national finals. Two words: sideways strutting. I mean: car crash. But really: on repeat.